Beaune is a nice city in the middle of Burgundy region, famous all over the world for its delicious wines.

On our way back to Italy, after a fun weekend in a French castle, my co-workers and me decided to stop briefly in this city. Main goal: visit the oldest hospital of France. 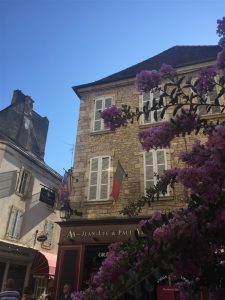 Hotel Dieu – a “Place for poor”

Hotel Dieu was established in 1443 by Nicolas Rolin, chancellor to the Duke of Burgundy, and his wife, Guigone de Salins, as a “place for the poor”. At that time, indeed, France was fighting against the Pest, and so, the spouses decided to build this hospice, in order to save the poor and gain a place in paradise. Both of them invested a lot of money in this wonderful structure, built using the finest materials, and ensuring its continued existence for centuries.

Classified as a historic monument in 1862, the Hotel Dieu has never failed to maintain from its original principles: charity and care have always combined until 1971, thanks to the nursing community established from the beginning, and still today in the new hospital. 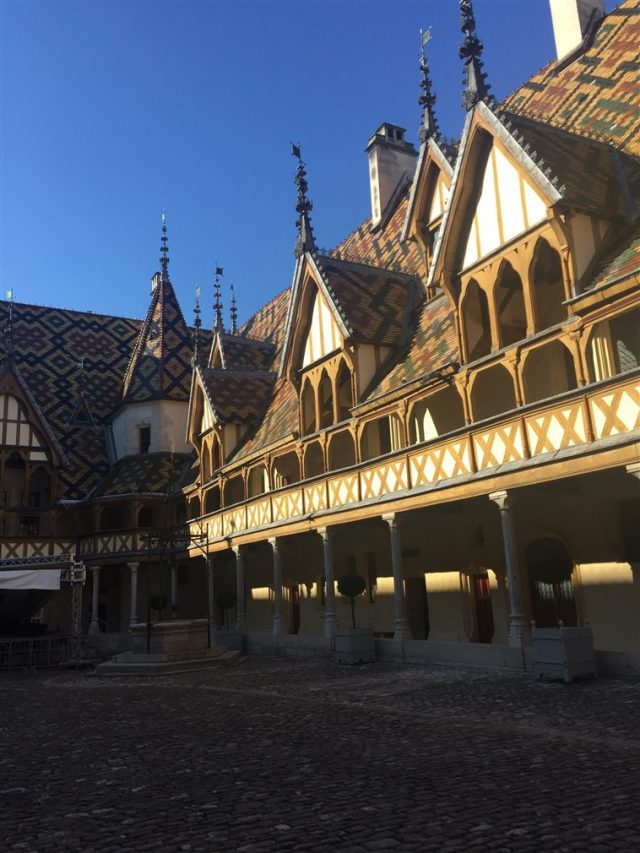 Legacies and gifts have allowed the creation of a remarkable vineyard. The very famous Wine Auction still enables the Hospices de Beaune to finance its investments both in the hospital upgrading and the maintenance of its cultural heritage. Hence, wine has always been a key beverage in the whole history of the Hotel Dieu. It isn’t a case if, already in 1500, the patients’ diet had at its base the wine, considered a good drink against sickness, instead of water!

Such an architectural splendor! 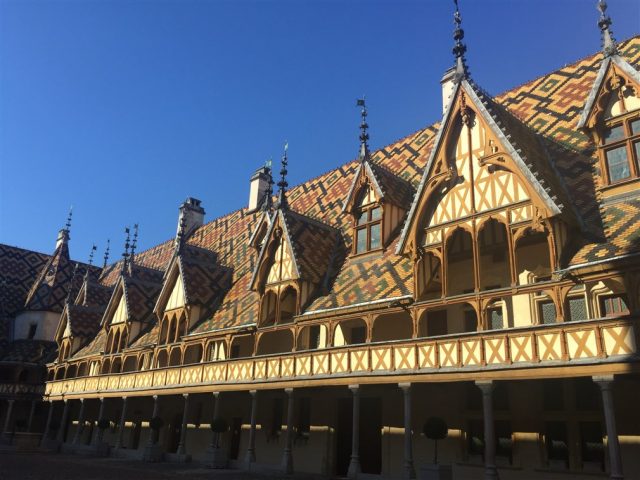 The wonderful architecture of this building is notable. As soon as you go in, a courtyard faces on the main buildings, covered by triangular roof tiles, which are typical of Dijon region and have been exported all over the world. Indeed, you can see them covering several churches around Zaragoza, Wien and Budapest, Thai temples, the Forbidden City in Beijing, and so on.

Every room was refurbished to let the visitors to see how was the daily life in the hospital. Beds have a curtain to protect the patients’ intimacy during medical examinations. What a close attention to the patient! Then, in each room there was a chapel, for the daily mass, and the patients could assist to the celebrations directly from their own bed. 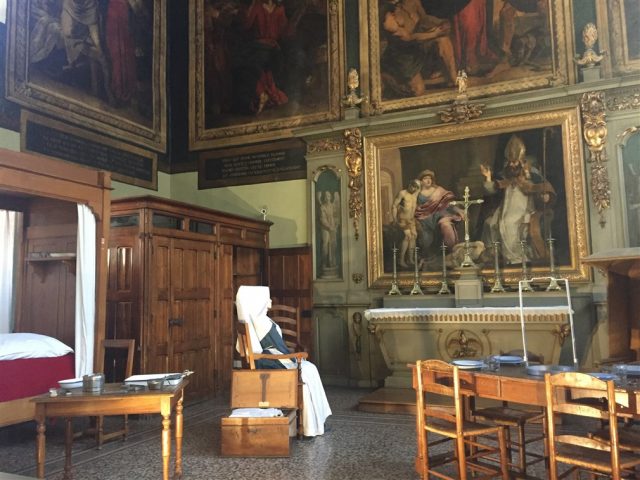 The main chapel was splendid. The very famous alterpiece “The Last Judgement” (known also as Beaune alterpiece), masterpiece of Rogier wan der Weyden and the Flamish painting and composed by 9 mobile panels was installed here. Even today you can see it in a special room inside the Hotel Dieu.

Then, the kitchen and the pharmacy, where the drugs used at that time (so strange things for us!) are shown. 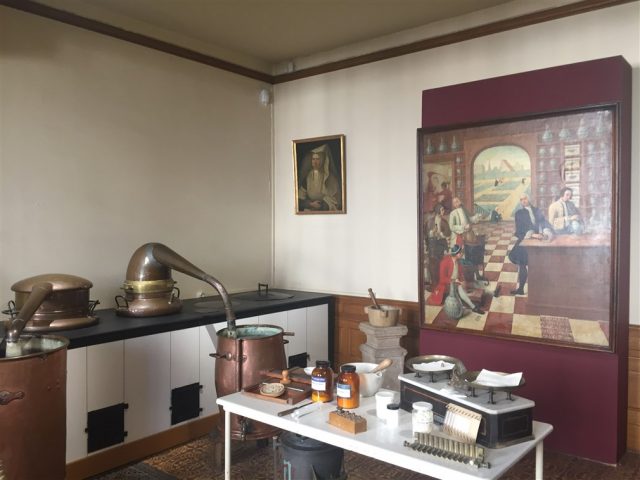 The entire visit at Hotel Dieu lasts about 1 hour and half and the ticket is 7.50€ (full price ticket), 5.50€ (students), which includes an audio guide, telling you the history of the Hospice. The proceeds from the tickets goes directly to the new hospital.

If you are in Burgundy, I strongly suggest you a visit here! 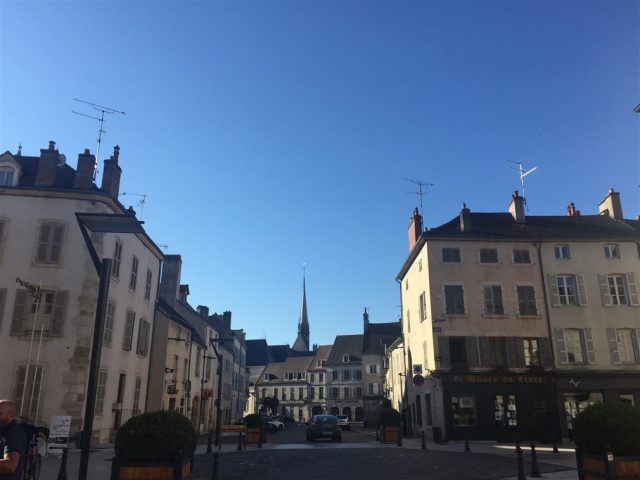