France is a beautiful country and it’s said to be the most visited one in the whole Europe. I guess you’re thinking about Paris and its famous Tour Eiffel, the Louvre museum, the palace of Versailles, or about fancy food, baguettes, cheese and wine. But I’ve to confess that France isn’t just this, but also something more enchanting. I’m talking about the inner part of this country, the countryside, which remained very rural and incredibly photogenic. In details, I’m going to talk about Burgundy region, halfway from Paris and Lyon.

Why am I talking to you about rural France?

Because also this year I had the chance to be invited by the CEO of my company to spend a weekend in his castle, in Burgundy, for a special charity event, which let me discover a bit this magic land!

The castle of Chailly is located in Chailly-sur-Armançon, a little and cute village in the middle of Burgundy, halfway between Paris and Lyon.

Even if we don’t know much about its history, it’s seems that the castle was originally built around 15th and 16th century. Later, at the end of the 80s, Mr. Yasuhiko Sata, the current owner, decided to buy the propriety and restored it. Actually, some parts of the building were just restored, while most of the castle had to be fully built again, as it was just a heap of ruins.

Currently, the Château is a four-star hotel and it’s considered one of the most beautiful hotels in Burgundy. Surrounded by the beautiful Burgundian grazing lands and vineyards, this place is perfect for relax, gourmet and sport. The hotel has few luxury rooms, conference rooms and two French restaurants. On the back side, you can dive into a swimming pool, play tennis or enjoy the 18-hole golf course. In the lower floor there are also sauna, jacuzzi, steam room and a fitness studio.

Private Chapel “The Dome of the Cosmos” 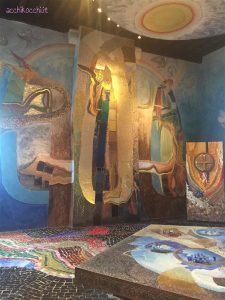 Inside the castle, in the west tower, there is a private chapel that is the secret and magic place of the building. It was built at Mr. Sata will by a Spanish team and it is completely made with mosaic. It’s dedicated to the Virgin Mary of Nagasaki, whose wooden statue was partially found intact after the atomic bomb that destroyed the Japanese city.

The chapel is extremely wonderful. In the centre of it, there is a mosaic fountain, representing water, as a symbol of purity and vitality.

Although chapels are usually linked to Catholic religion, the “Dome of the Cosmos” wants to cut all the religious and cultural barriers and be a place open to everyone who wants to pray any God(s) of different religions. Indeed, in the chapel you won’t see any sign connected to Catholicism or any other creed. 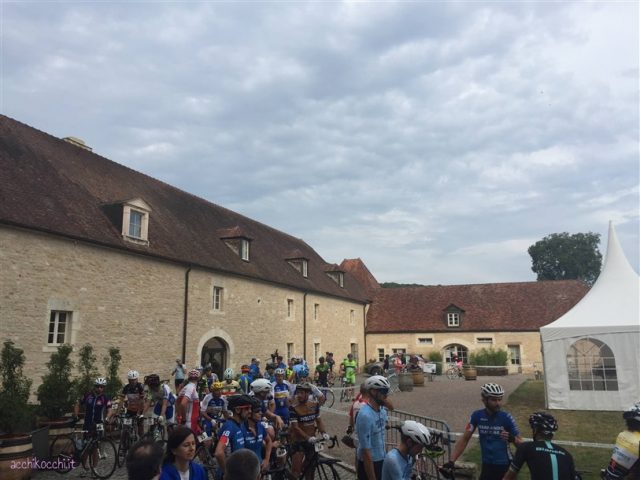 And now I’ll tell you the very reason why I went to the Castle of Chailly for the second time. Indeed, every July since the past 14 years, the owner of the hotel organizes “Courir pour la paix“, “Racing for Peace” a non-competitive cyclo race for charity purpose. Everyone can participate paying a little fee, which include “pasta party” the evening before the race and lunch the day of the race. Usually, the champions Mr. Bernard Hinault (winner of Tour de France) and Mr. Francesco Moser (winner of Giro d’Italia) partecipate to it.

There are three different routes:

I personally did the “Rando” one. Even though I hadn’t trained before the day, it wasn’t difficult at all! Rather it was great and it was a different way to explore this area and see something from a different point of view, indeed! 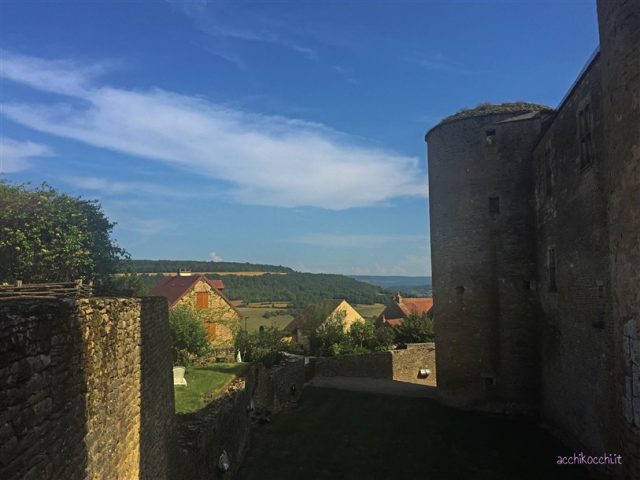 Gentle slopes are the characteristic of Burgundy area and I think this morphology is perfect for bike rides. Hence, I suggest you to rent one and just enjoy!

Actually, big cities aside, France is very rural and bucolic. Wherever you go, you’ll see grazing cows, yellow and brown slopes, hay bales, sunflowers field, woods and vineyards, which give a touch of green. Then, here and there you can bump into small villages, where the time seems to have stopped. A handful of little houses made with stones and pastel coloured shutters, beautiful churches and pretty gardens. 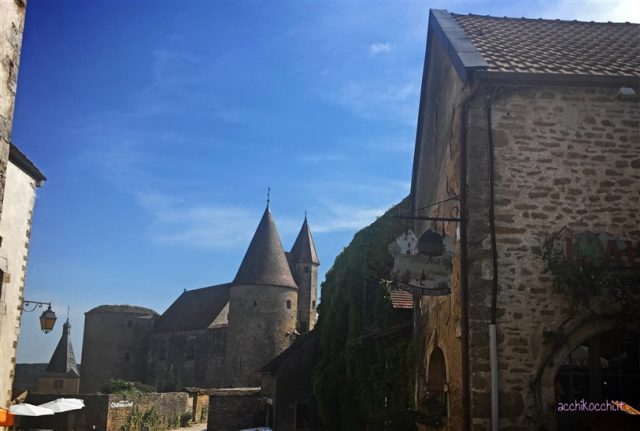 On the top of the higher slopes medieval castles stand out. It’s the case of Châteauneuf or the château de Bussy-Rabutin, both not far from Chailly-sur-Armançon.

Also, navigable canals are quite famous in the area, right as the ones you find in the Netherlands! It could be a nice idea to join a tour on the ferry-boat.

It was the second year that I went in French countryside and, thanks to this opportunity, I had the chance to discover a bit the beautiful Burgundy region. Therefore, if you like, I suggest you to take a bike and go exploring it without a set goal! Enjoy!

Relax in the Tuscan countryside: The Tenuta di Castelvecchio

Hotel Dieu, the hospital for the poor in Beaune
No comments yet
Bike Ride Castle Europe France Nature View