Did you know that even in Italy we have Canyons? I didn’t know either, but, well, there is one right on Garda lake, near where I live.

Stated by the English Prime Minister, Sir Wiston Churchill, as the eighth beauty in the world, la Strada della Forra (Forra Road – Literally Road of the Gorge) connects the small town of Pieve di Tremosine (Brescia province) to the shores of the lake itself. The road follows the route of the Brasa creek, which has just dug a narrow passage between the rocks of the mountain, creating what is now a real Canyon.

It starts at 65 meters high and, with its thrilling hairpin bends, reaches the 423 meters of Pieve di Tremosine. Definitely, a real paradise for rock lovers and for all the (moto)cyclists! 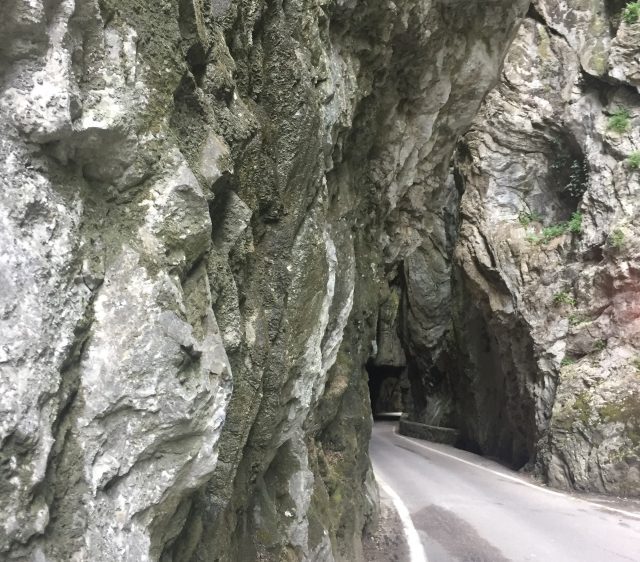 Brief history of the Forra Road

Until the early 1900s, there was no paved road connecting Tremosine to the Garda Lake: therefore, the people of the town had to travel steep and unpaved roads through the woods, carrying heavy loads on their shoulders, containing materials and ingredients intended for sale. Indeed, once arrived on the lake, olive oil, vegetables and fruits were loaded on merchant boats or sold at the nearby Limone sul Garda market.

Eventually, after countless political pressures from the mayor of the town and thanks to state financial aid, the idea of a road project came to light.

4 years later, on 18 May 1913, the Forra Road  was inaugurated and opened to the inhabitants of Tremosine. 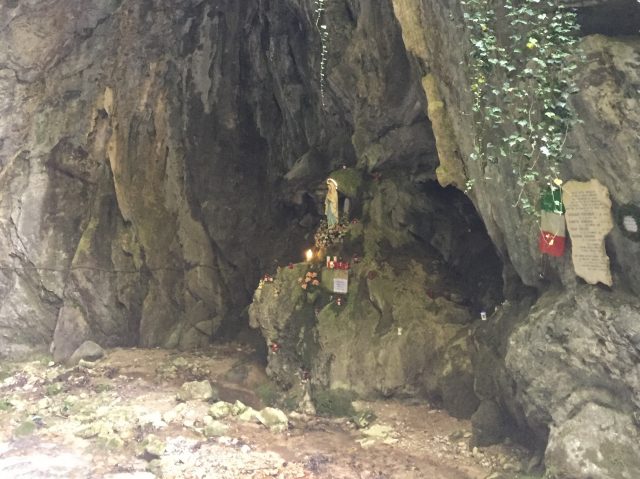 Currently, the road is open to cars, motorbikes and bicycles. I’m not sure if I can go it by feet, but, given the narrowness, I would say that it is quite dangerous, especially on the weekends and in summer. In itself the road is not long at all: a black line made of asphalt of about 6km runs along the Brasa creek and goes up among steep and most rocks. It really seems to enter into the heart of the mountain!

As already written before, the road is very narrow, full of tunnels dug into the rocks and hairpin bends. Anyway, the view is incredibly amazing! On the one side, the wide and open view of the intense-blue lake; on the other, the mountain and its climbing wild vegetation.

Even nowadays it’s used as a set for several commercials and films. Moreover, in 2008, right on this road, James Bond ran wildly with his Aston Martin in the “Quantum of Solace“.

In conclusion, it’s a sort of Mecca for motorcyclists, who can give the best of themselves by bending to the maximum near the curves, imitating the agent 007. Pay attention only to respect the traffic lights!

The Terrace of the Thrill 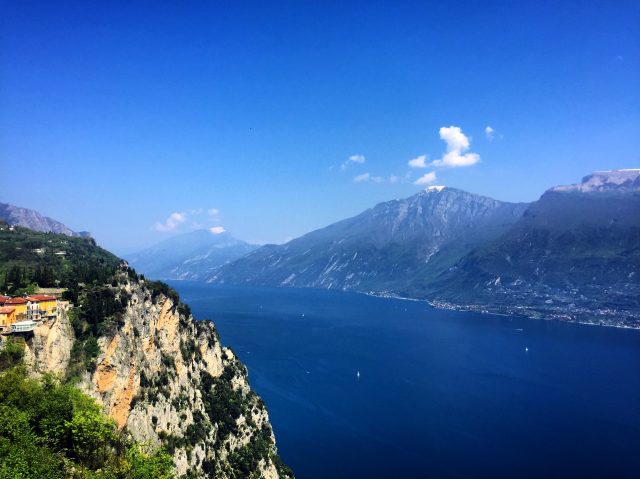 After the adrenaline gained on the Forra road, Pieve di Tremosine offers another place that deserves a visit: the Terrace of the Thrill (La Terrazza del Brivido).

If you do not know what it is, it’s a bit difficult to find it. Even when I went there, there were a lot of people asking whoever where it was. No sign or indication. Indeed, the terrace is located inside the Hotel Paradiso and can be visited freely, going through the reception and the restaurant.

The terrace, overlooking on the lake, offers you a breathtaking view on the nearby mountains and, if the weather is good, even on the southern part of the lake.

Ok, now we can get to the thrill … that, actually, there isn’t. In theory, being just overhang, you should (I repeat it again, you should) shiver to look down. But, considering that I’m a person who’s scared of hights, I have to confess that it haven’t impress me at all. Actually, it’s like going out on the balcony at the 10th floor of a house… more or less!

Anyway, I suggest you a visit, at least for taking some photos! 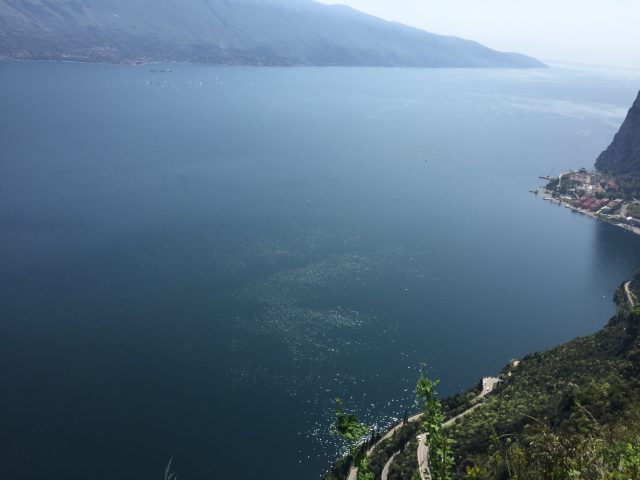